Disclaimer: I wrote the below post for a freelance project to compare preparation for race-running to digital marketing best practices. I ghost-wrote for a gentleman who competed in an IronMan Race, and he requested an overall rewrite. I thought I could repurpose the original version here, as it is pretty good.

Last year, I competed in the New Jersey IronMan Triathlon. Of course, while I was diligently prepared to compete in the race, on race day, as I lined up next to thousands of competitors, I was somewhat apprehensive. Throughout the course of the race, I had much time to think of how the preparation that goes into competing in race like the IronMan mirrors closely the careful and persistent work that is required to run a comprehensive digital campaign. After the race, I was able to jot down a few of those thoughts, and I have collated them here in the hopes of imparting some wisdom.

Much thought in business is given to how to develop key performance indicators, or how to set out to achieve goals that seem unrealistic. In the same way, an individual who is preparing for a race must take part in what University of Colorado professor Jim Collins calls “The Twenty Mile March.” First appearing in his book Good to Great, Collins writes of how the first teams attempting to reach the South Pole took differing approaches. One ultimately unsuccessful trip tried to take the 1,400 mile round trip in big chunks, relying on intuition and talent. The second, successful team set themselves up to simple march 20 miles, no more or no less, every day, regardless of their supply level, their ability, or the weather conditions.

Of course, in the end, the successful team, led by an individual named Roald Adumson, was the one who prepared thoroughly while setting realistic, achieveable daily goals. As I ran in the New Jersey Triathalon, this mental imagery stuck with me: in my preparation both for the race and in running my digital work campaigns, I was naturally more of 20 Mile Marcher, and not a “get-by-on-talent” type. In any significant endeavor, whether it is running a race or running a marketing campaign or running to the South Pole, diligence and preparation are key. Without preparation, you are selling yourself short.

A key to being able to prepare and perform at a high level is to embrace technology and use it to your advantage. When I was training for the IronMan, I used apps like Digifit to track and achieve my optimal heart rate, to make sure I was consistently hitting the precisely perfect number of strokes when swimming. I became very much used to learning about myself and my body in ways most people never imagine. I found that I needed a specific amount of strokes in the pool to achieve my fastest time, or that, when riding dozens of miles on my bike, I should take drinks of water at specific times. I essentially was able to apply the scientific method to my body; using, as an example, at times I need to skip breakfast before training in the morning, and in those cases I realized that I would need to run at a slower pace for a certain amount of time, simply to make up for the lack of energy and resources of which my body was in possession.

Similarly, when running a digital marketing campaign, quantification and analytics makes the difference between a company that is surviving and thriving. The creation of Key Performance Indicators, is, of course, always vital. But the microscopic changes you make on a tactical level are as vital. If you are running a digital marketing campaign, and your Google Analytics account indicates that social media is not necessarily acquiring the requisite amount of customers, then your messaging and cost per click needs to be analyzed, and consideration should be given to see if your funds would be better spent within the Google Display Network or on Google AdWords. The amount of data delivered by most digital platforms nearly overwhelms, but, by sifting through it and applying the same scientific method you apply when training for an extreme endurance campaign, you can end up at the front of the pack, so to speak.

I was lucky enough to have a natural advantage in competing in races like the IronMan, in that I had always been an avid swimmer at my school’s’ pool. Even more advantageous was the fact that, in my native town in Spain, each and every individual traveled around the very hilly town on bicycles, myself included. Running was, luckily for me, the only aspect of the race that I needed to improve upon–you can say I got great return on investment of simply beginning to run on a treadmill, because I had natural abilities in swimming and biking.

Going outside of the IronMan race and applying the idea of ROI to team-based races such as The Ragnar Relay Series or The Tough Mudder, the people with whom you run the race quickly create the compounding ROI. In these races, there are different types of terrain or different types of obstacles for your team to conquer, and each individual comes with a different set of talents to get over those obstacles; some individuals have upper body strength, which helps in conquering The Tough Mudder’s monkey bars, or others might run at a slower pace, which helps when heading straight uphill in the Ragnar. Similarly, when running an integrated marketing campaign, display advertisements might be best for creating general awareness, direct emails might be best for pushing customers to your website, and social media methods might be good for final conversion of sale. Whatever way you piece the team or the campaign together, know that, in the end, the combination of pieces is worth more than the sum of the parts. 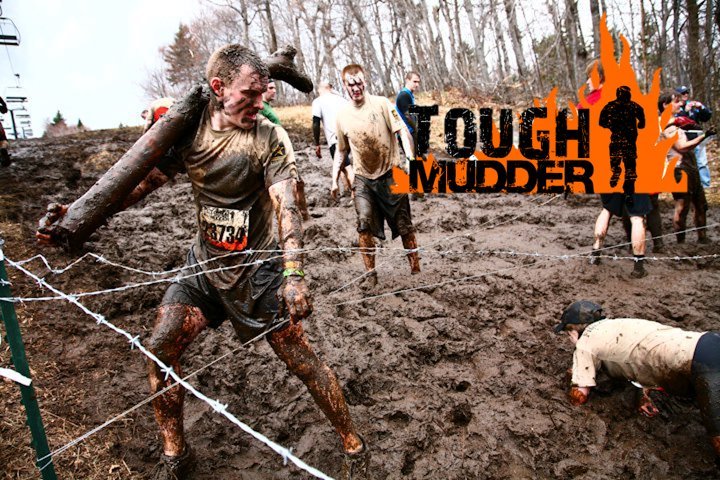 Hungarian psychologist Mihaly Csikszentmihaly speaks of how highly-talented professionals, when they are practicing their craft, easily become engaged in Flow, and how they are easily their happiest when in this state. Flow is a state of optimal concentration with the activity at hand. I find that Csikszentmihaly’s state of flow often comes to me while running; after extreme distances, beyond, say, twenty miles, I often arrive at state of listening to my instincts, no longer thinking about training or work or marketing, but rather, experience a kind of free-form open emptiness in which continuing to run is the only thought in my mind. In short, that particular state of flow is one in which I am truly free.

Similarly, I could never imagine myself doing anything besides what I do. Running a startup bootcamp, executing digital marketing strategy, and teaching others about it–these are things that create in me a sense of oneness with the activity at hand. Writing this article, even, fills me with a similar sense of unity. It is something that is very hard to describe, but time seems to move at a slower pace when I am in this state, and the task at hand is all that matters. Csikszentmihaly makes it the most clear in his work, and, whether you call it flow, zen, or just plain having fun, a person is most truly his- or herself when they are in this state. 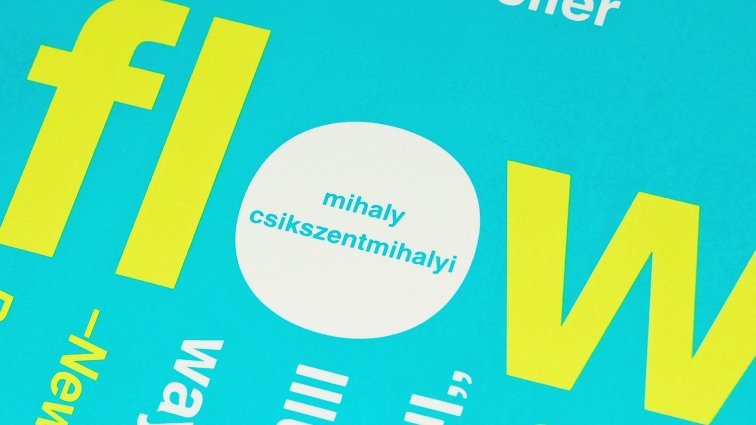